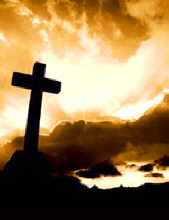 Walter A. Alger, 69, of Aleppo, Pa. R.D.#1 died unexpectedly at 9:40 a.m. Wednesday, April 23, 2003 in the West Penn Hospital, Pittsburgh, Pa. He was born September 9, 1933 in Winchester, Va. a son of Charles Smith Alger and Georgiana Fletcher Alger McCarty.Mr. Alger was a veteran of the Korean War where he served in the U.S. Army in Japan as a private first class with A Battery, 99th Infantry Field Artillery Battalion.He had resided in the Holbrook area for 16 years prior to moving to Aleppo Township in 1980.Mr. Alger was a member of the Fairview United Methodist Church in Stephens City, Va. and attended the Aleppo Brethren Church in Aleppo.He had been employed in pipeline construction for 29 years and has served as an Aleppo Township Road Supervisor since 1998.Mr. Alger was a member of the Laborers International Union of North America, Pipeliners Local 1058 in Pittsburgh, the James Farrell American Legion Post 330, Waynesburg, the Pa. State Association of Township Supervisors, and has been a board member of the Pa. Cleanways of Greene County since 2001. Surviving are five sons, Jeffrey A. of Ooltewah, Tenn., Timothy C. of Rogersville, Christopher S. of Jefferson, Jeremy R. of Aleppo, R.D.#1 and Shawn P. Alger of Aleppo; one daughter, Nina Mosha Alger Waters of Strasburg, Pa.; four brothers, James Howard, Joseph and Phillip Alger all of Winchester, Va., David Alger of Knoxville, Tenn.; four sisters, Betty Davis of Hagerstown, Md., Anna Lou Seal and Patricia Prokopovitch both of Stephens City, Va. and Margaret West of Winchester, Va.; 6 grandchildren.Deceased are two sisters, Doris Baker and Emily Nora Hawthorne; two brothers, Charles I. and Theodore Franklin Alger.Those wishing to attend the graveside service at the Mt. Hebren Cemetery, in Winchester, Va. are asked to be at graveside at 1:00 p.m. Monday, April 28, 2003.

To order memorial trees or send flowers to the family in memory of Walter alger, please visit our flower store.