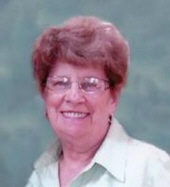 Ruth Smith Braddock, 83 of Waynesburg, Pa. and formerly of Wind Ridge, Pa., died at 6:05 A.M. on Tuesday, October 13, 2009 at the Donnell House, Washington, Pa. She was born June 12, 1926 in Center Township, Greene County, Pa., a daughter of the late Edward Stanley and Lillie Mae (Smalley) Smith. Mrs. Braddock was a 1944 graduate of Center Township High School and in 1946 earned an associates degree in business and secretarial science from Waynesburg College. She resided in Wind Ridge from 1946 until March of this year, when she moved to Waynesburg. She served as deacon, elder and Sunday school teacher at the Harmony Presbyterian Church in Wind Ridge. In addition, Mrs. Braddock was a member of the church choir and missionary society and served as the church treasurer for 32 years. Mrs. Braddock was a charter member and officer of the Richhill Township Volunteer Fire Department Auxiliary and while attending Waynesburg College, she was the secretary to the Registrar. She worked as a supervisor at the Pennsylvania State Employment Office in Waynesburg for about 10 years. On December 26, 1946, she married Paul Milton Braddock, who died October 1, 2008. Mrs. Braddock assisted her late husband in their family heating and air conditioning business and also at the Braddock Brothers General Store in Wind Ridge for a number of years.Surviving are a son, Phillip C. Braddock and his wife, Charlene of Waynesburg; two step sons, Paul Alan Braddock and his wife, Peggy and Harry Leon Braddock, all of Holbrook; three grandchildren, Matthew Braddock, Patrick Braddock and his wife, Rachal and Jamie Braddock; eight step grandchildren; eight step great grandchildren; a brother, James Smith of Ruff Creek, Pa.; six sisters, Virginia Ekey of Allentown, Pa., Carolyn Adrian and her husband, Harold of Sanford, N. C., Marilyn Burns and her husband, Frank of Cranberry, Pa.; Violet Rush of Canfield, Ohio, Dorothy Grimm and her husband, Charles of Camp Hill, Pa. and Kathryn Parson of Waynesburg; a step sister, Lynn Zimmerman of Jeannette, Pa. and several nieces and nephews. Deceased are a sister, Wilma Crouse; a step brother, William Meighen and her step mother, Esther Meighen. The family suggests memorial contributions be made to either the Harmony Presbyterian Church, P.O. Box 15, Wind Ridge, PA 15380 or to the Donnell House (Gifts to Donnell House), C/O Hospice Care of the Washington Hospital, 155 Wilson Ave., Washington, PA 15301.

To order memorial trees or send flowers to the family in memory of Ruth braddock, please visit our flower store.