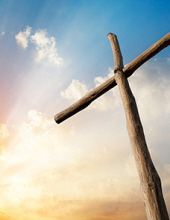 Robert M. Braddock, 94, of E. Rochester, Pa. and formerly of West Finley, Pa. died at 2:15 a.m. Saturday, October 25, 2003 in the Friendship Village Nursing Home in Beaver, Pa. He was born April 30, 1909 in Richhill Township, Greene County, Pa. a son of Earl Samuel and Mabel Mae McNay Braddock.Mr. Braddock had resided in West Finley (Burnsville) from 1954 until moving to East Rochester in 1996.He was a member of the Unity Presbyterian Church in Graysville where he had formerly served as a elder and trustee.Mr. Braddock was a 1929 graduate of Richhill Township High School.He was a former employee of Penn D.O.T. and was last employed as a town serviceman with Columbia Gas Distribution for 25 years prior to retiring in 1972. Mr. Braddock was a member of the Quarter Century Club with Columbia Gas.His first wife, Lillian Anderson Braddock died February 4, 1946 and on May 21, 1952 he married Phoebe Lauvaughn Archer Braddock who died February 28, 1990.Survving are a son, William G. Braddock of East Rochester, Pa.; a brother, E. Byron Braddock of Wind Ridge, Pa.; seven grandchildren; 11 great grandchildren.Deceased in addition to his wives are a son, Robert Milton Braddock; a sister, Mildred Braddock who died at birth; a brother, Harold F. (Boots) Braddock.The family suggest memorial contributions be made to the Unity Presbyterian Church, Graysville, Pa. 15337.

To order memorial trees or send flowers to the family in memory of Robert braddock, please visit our flower store.