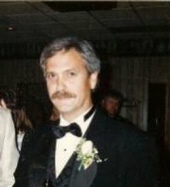 David H. "Hutch" Hutchison, 55, of West Alexander, Pa. died at 11:00 a.m. Sunday, March 23, 2008 in his home after suffering with a cancer related illness since February 2007. He was born November 22, 1952 in Washington, Pa. a son of William Harold and Lucille Hunt Hutchison of West Alexander and had resided in North Carolina for approximately 17 years prior to returning to the West Alexander area in 2000. Mr. Hutchison was a member of the West Alexander Presbyterian Church and a 1970 graduate of McGuffey High School. His hobbies included automobiles, auto mechanics, guns and racing motorcycles. Mr. Hutchison was a former employee of P.C.'s Phosphate Corporation in Aurora, N. Carolina and after returning to Pa. was employed in general contracting as long as his health permitted. On October 24, 1995 he married Margaret H. (Peggy) Wheat who survives. Surviving in addition to his wife and parents are four daughters, Michelle Lynn Ankrom, and her companion and fianc, Jeff Kohn and Jennifer, wife of Todd Zaken all of Washington, Valarie Hutchison and her companion and fianc Nathan Myers and Janice Hutchison all of West Alexander; six grandchildren, Michael and Maylea Ankrom, Jarrett Kohn, Camden and Colin Zaken and Graclyn Myers; two step grandchildren, Jeffrey Kohn and Nathan Myers; a brother, Robert, husband of Dianne Hutchison of Willow, Alaska. Deceased is a brother, William G. Hutchison who died in 1999. Friends will be received from 2 to 4 and 7 to 9 p.m. Wednesday in the West Alexander Presbyterian Church, West Alexander, Pa. where services will be held at 11:00 a.m. Thursday, March 27, 2008 with Rev. Keith Hornung officiating. Interment will follow in West Alexander Cemetery. The family suggests memorial contributions be made to the West Alexander Presbyterian Church, 108 Main St., PO Box 303, West Alexander, Pa. 15376. Family and friends may view the obituary; send condolences and flowers at www.rushfuneralhomeinc.com. Arrangements are under the direction of the Rush Funeral Home, Inc., Rogersville, Pa.

To order memorial trees or send flowers to the family in memory of David hutchison, please visit our flower store.