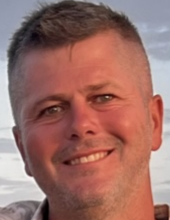 Chad M. Beattie, age 45, of Claysville, passed away unexpectedly in the line of duty on Wednesday, August 10, 2022.

Chad was born November 5, 1976, in Washington, the son of James A. and Cynthia (Finch) Beattie, of Claysville.

Chad was a Washington County resident all his life. He graduated from McGuffey High School in 1995, then went on to receive his bachelor’s degree in Criminology from IUP in 1999. Chad was employed with the Washington County Sheriff’s Office for 20 years, many of those in the fugitive task force, where he recently received the rank of Corporal. He enjoyed hunting, camping, watching the Steelers and Penguins, cooking, boating, and most of all, watching his son play baseball.

Friends and Family will be received on Monday, August 15, 2022, from 2-8 p.m. at McGuffey High School, 86 McGuffey Dr, Claysville, PA 15323. A second visitation will be held on Tuesday, August 16, 2022, from 10 a.m. – 1 p.m. in the high school where a funeral service will be held directly after with Rev. Joe Rearick and Austin’s great uncle, Chris Meinzer, co-officiating. Burial will follow at Claysville Cemetery.

In Lieu of flowers, family asks that a memorial contribution be made in the memory of Chad in an account setup at Washington Financial Bank, 255 Murtland Ave #2, Washington, PA 15301, please list in the memo section of the check “In Memory of Chad Beattie.”

Please view and sign the online tribute wall at www.kestersonfh.com.

To order memorial trees or send flowers to the family in memory of Chad m. beattie, please visit our flower store.