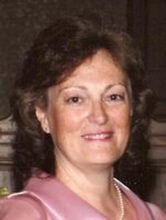 Beverly Ann (Blair) Orndoff, 55, of Rogersville, Pa. died at 12:30 p.m., Friday, October 27, 2006 in her home following a lingering battle with a cancer related illness.She was born June 24, 1951 in Waynesburg, Pa. a daughter of Ruth Anna Higgins Blair of Waynesburg and the late Charles Boyt Blair and had resided in Uniontown prior to moving to Center Twp. in 1978.Mrs. Orndoff formerly attended the Rogersville Christian Church where she taught Sunday school and had been attending the Waynesburg Bible Chapel as long as her health permitted.She was a 1969 graduate of Waynesburg High School and in 1971 earned an Associates Degree from Robert Morris College and graduated from the Wheeler School of Modeling in Pittsburgh.Mrs. Orndoff enjoyed studying complimentary health, landscaping and growing flowerbeds and studying the Bible.She was the owner and operator of Bev's Body Works from her home in Rogersville for 22 years where she was a massage therapist and reflexologist.On August 14, 1973 she married John William Orndoff who survives.Surviving in addition to her husband and her mother are two sons, Jared William (Sara) Orndoff and Matthew Blair Orndoff all of Canonsburg, Pa.; two sisters, Charlene (Brad) Monas of Waynesburg and Christine (Steve) Yourchik of Clarksville; one brother, Boyt (Angie) Blair of Waynesburg; a granddaughter, Olivia Orndoff; several nieces and nephews.The family suggests memorial contributions be made to the Susan G. Komen Foundation, 5005 LBJ Fwy. Suite 250, Dallas, Texas 75244 or to Hospice Care of the Washington Hospital, 155 Wilson Ave., Washington, Pa. 15301.

To order memorial trees or send flowers to the family in memory of Beverly orndoff, please visit our flower store.